Archive for the category “the froce awakens”

That’s what my dad called the Ewoks.

And just because they were on screen for few minutes of Return Of The Jedi, he hated the entire movie.

And if anyone ever mentioned this third installment of the Star Wars saga, he’d contort his face as if swallowing the aforementioned poison and would say, “Stupid teddy bears.”

Once, I think I even heard, “Fucking teddy bears.”

But between you and I, although he always said he hated it, I knew he loved it.

My dad and I saw Jedi together about a billion times throughout the years and every time, like me, he was riveted.

And stupidly, every time he’d make his teddy bear remark afterwards, I’d verbally get angry with him.

First of all, don’t blaspheme against the holy trilogy.

Secondly, and more importantly, I despised my dad’s stick-in-the-mud mentality when it came to certain things.

Ewoks, pizza not being well done enough, unwillingness to watch cartoons with my nephews when they were tiny, not wanting to use his cell phone except for nights and weekends, predictably unpredictable episodes of volcanic anger over nothing, and did I mention those squooshy Ewoks?

And now it’s all meaningless.

Just memories I can laugh and/or cry about.

With that said, the new Star Wars, as everyone in the galaxy knows, opens tonight. Thirty-eight years after my parents first took me to see the original one when I was five. A long time ago…

I’ll miss him more tomorrow morning, when I see it with my mom at 10 am, than I will for all of the holidays combined.

The Force was our football. When it was on TV, there was absolutely no talking to us. We were fully focused like X-wing pilots in the Death Star trench.

We wouldn’t even eat. And for my dad, Captain Constant Consumption at your service, that was unheard of.

Because my dad was the epitome of both.

may the force be with you, always,
gb 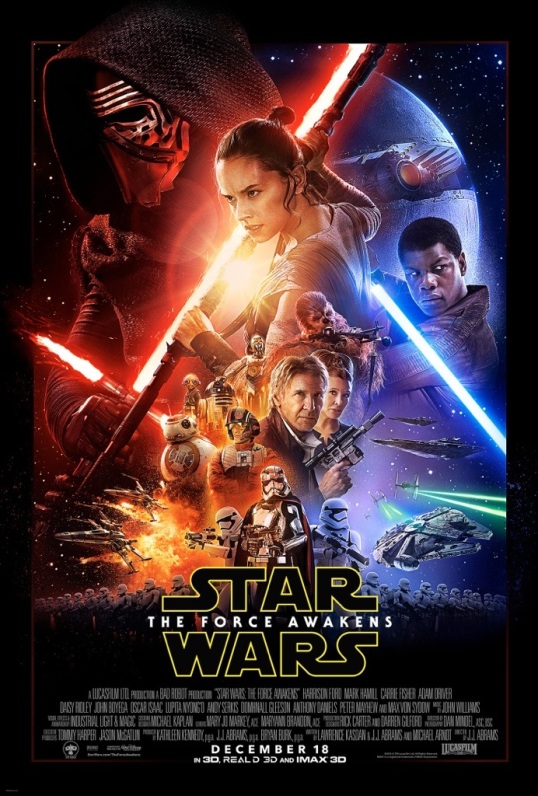