Archive for the category “golden retriever”

The First Law Of Thermodynamics

We had to put him to sleep.

About an hour before he took his last breath, I picked him up and put him in the back of the car. We stared into each other’s eyes for a few final moments and then my sister and brother-in-law drove him to the vet.

My nephews and I sat home in silence and sniffles.

I thought the three of us could all use some candy and on the way out to the car I said, “Guys, this just shows us, once again, that just about everything we worry about isn’t worth worrying about. Love is the only thing that matters.”

You’d think this would be lost on eleven year olds, but gratefully, it wasn’t.

I wrote similar words, in my head, as rushed I to my sister’s house this afternoon:

There is love and there is consciousness, and then there is the consciousness of love. All else is an illusion, albeit, as Einstein said, a very persistent one.

Thank you, to all of you around the world, who loved my boy as well,
gabe 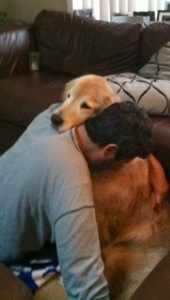 Used By The Force

The universe moves through us all, as we move through it.

Admittedly, I’ve been reading a lot of Rumi lately, but these words came to me when I was lying on the floor with Teva, my sister’s golden retriever.

We were nose to nose, breathing the same air, as I pet his Haagen-Dazs smooth head.

His eyes shut tightly when my hand approached his pupils. It was the universe protecting his precious vision.

Without thought and without hesitation, the universe moved through him.

And when I stopped petting him for a moment, when I found myself needing to stare at him in silent, motionless awe, he’d eventually swat at me with his polar bear sized paw. Nudging me to get back to the business at hand.

A deliberate, calculated choice. Movement through the universe.

Hundreds of years ago, Rumi said that life is a balance of holding on and letting go.

A surrendering to unseen forces moving through us all.

The force that closes Teva’s eyes for him. The force that solves problems for us in unforeseeable ways which make all of our worrying seem wasteful.

Maybe it’s finally time to heed Rumi’s words. We’ve got the “holding on” part of the equation down pat, but ’tis the season to master “letting go”.

“In Live Like a Fruit Fly, Gabe Berman shares his recipe for living a more joyful, worthwhile, and abundant life in every way. A witty, entertaining, and insightful read.” — Deepak Chopra, Author, The Seven Spiritual Laws of Success 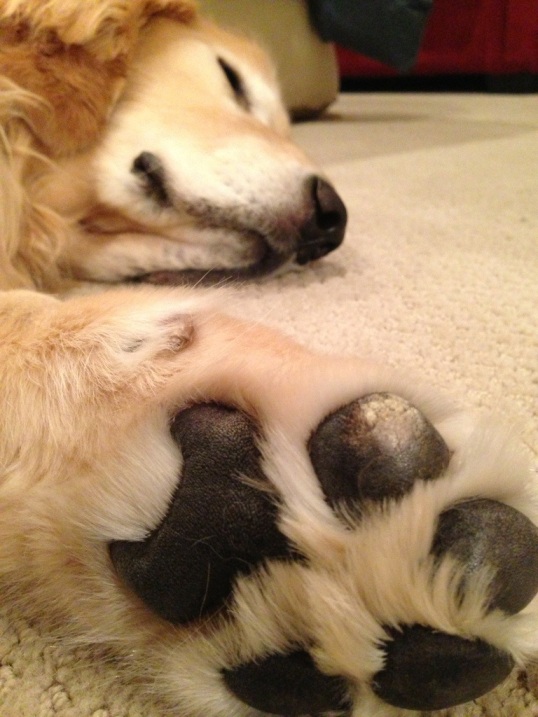