Help Me, You’re My Only Hope

But even if you’re not a Star Wars fan, I PROMISE you’re going to appreciate my new favorite scene out of the entire saga.

Thirty minutes into The Force Awakens (VII), Finn and Rey, who just met, are slammed to the ground by an overhead laser blast and barely escape death.

Finn however, has been knocked unconscious due to the proximity of the explosion.

When his eyes open a moment later, he sees Rey and his very first thought is about HER safety. Not his own.

With dire concern in his voice he asks, “Are you okay??”

Not only is she okay, she’s taken aback by his reflexive selflessness.

Because HE was the one hurt!

And with that my friends, thank you for taking the time to read this  and may the force be with you. 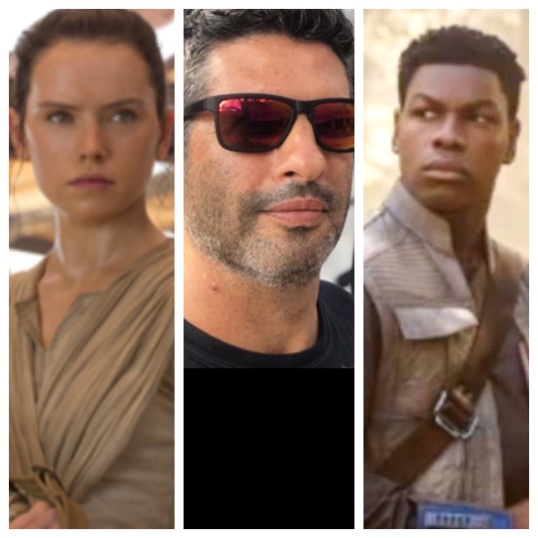 I just walked into Starbucks and the girl working there was so kind to me.

So I told her how much I appreciated her kindness.

She said, “Well, I appreciate you. You’re one of the few people who come in here regularly with a smile.”

I said, while smiling because I never think I smile enough, “Well, I don’t know how often I smile, but I always have love for you guys.”

And then she said, while smiling, “We feel your warmth.”

With that, let me tell whoever happens to be reading this, in a world constantly trying to hypnotize you into feeling that you’re not enough, please allow me to rip you from that sleep and say: if you have kindness in your heart and spread that shit liberally like suntan lotion to everyone without exception, you’re enough.